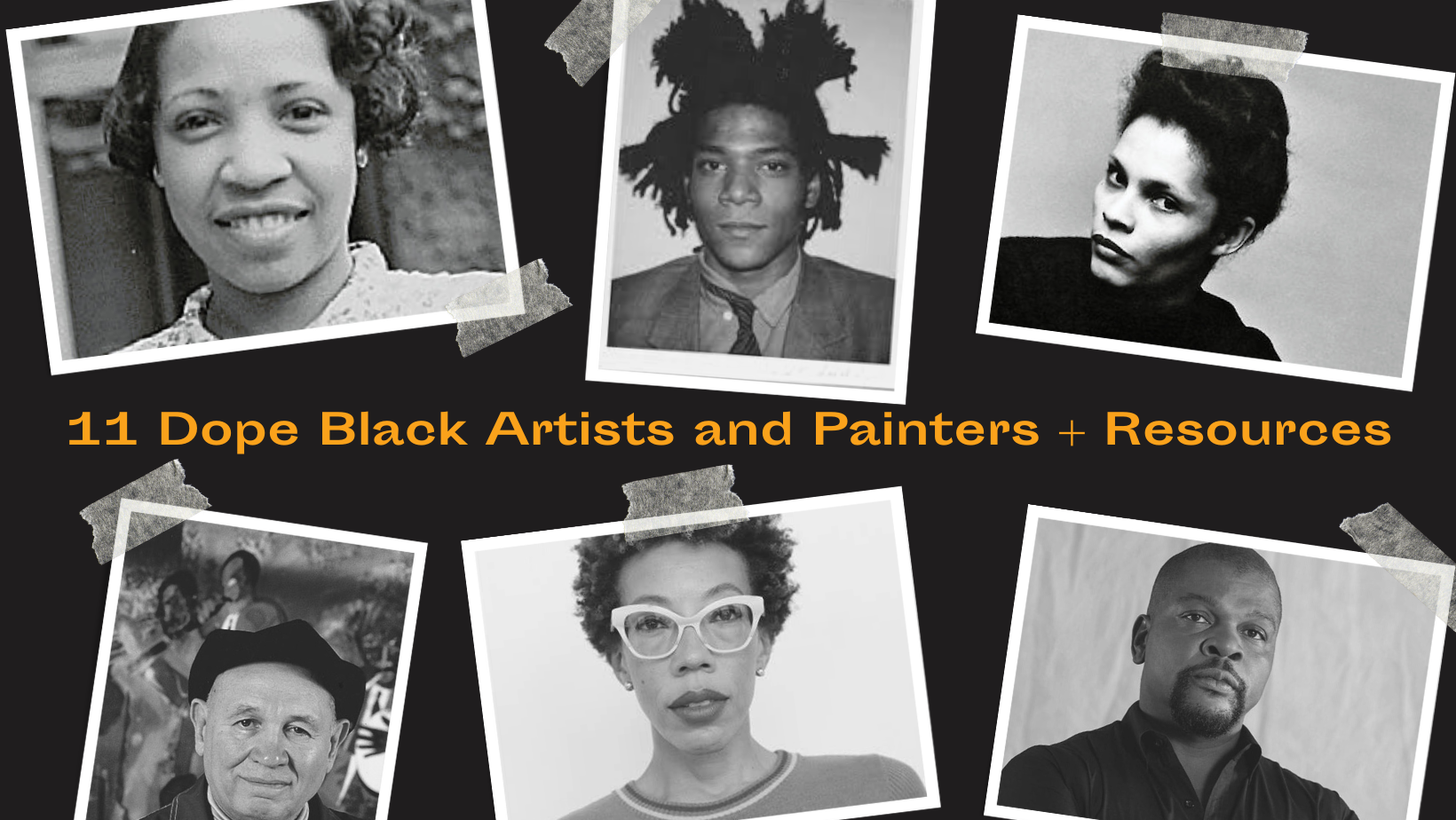 These are two of WhatupHomee’s core values.

Check our digital museum and additional resources for information about 11 dope Black artists and painters we’ve learned about:

Attended an art conservatory in Russia with his twin brother at age 11?

Who was a Harlem Renaissance artist and Howard University educator?

Began drawing with his mom who also took him to museums?

Began drawing at an early age but her parents wanted her to be a doctor?

Best known for a series of paintings called the Migration Series?

Referred to as the Father of Black American Art?

Made small animal figures out of natural red clay as a child?

Photographed the Black middle and upper class during the Harlem Renaissance?